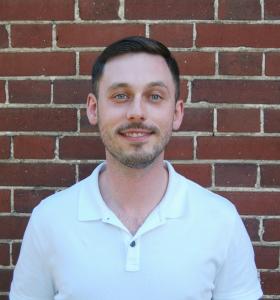 Jon graduated from the University of Kentucky in 2010 with a BA in International Studies and French Studies as well as a minor in History. His junior year of undergrad was spent studying abroad in Saint-Etienne, France for an academic year on an ISEP Exchange. After finishing at UK, he finished his MA in French Studies through Middlebury College in Vermont, which included studying for a year in Paris and Poitiers, France. All of his undergraduate and graduate research focused on the relationship between identity and language.

Since graduating, he has had several international experiences in Europe, North America and Australia, but Asia is at the top of his wish list… closely followed by all the other parts of the world he hasn’t visited. From 2015 - 2018 he worked as a study abroad advisor at the University of Cincinnati. Jon is now an Education Abroad Advisor and Curriculum Integration Coordinator in the UKEA office, working primarily with the College of Arts & Sciences and the Lewis Honors College. Being back in Kentucky, he is enjoying all the camping, hiking and kayaking the state has to offer!