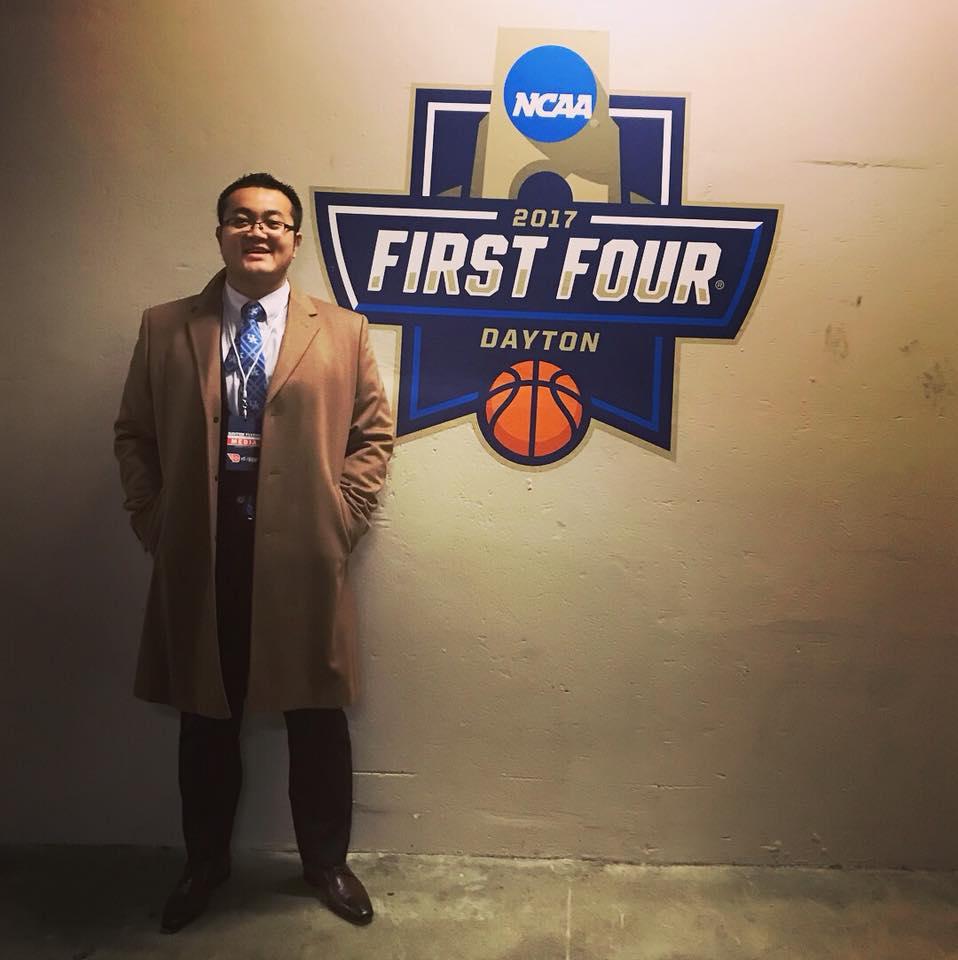 Haotian Zhang’s love for the University of Kentucky’s (UK) men’s basketball team has offered him some exciting opportunities. This month, the senior had the unique chance to be a commentator at a National Collegiate Athletic Association (NCAA) game, University of Dayton Flyers versus the Virginia Commonwealth University Rams. Zhang was able to provide commentary in Mandarin, his native language, for the game’s Chinese viewers.

Zhang is an international student from Nanjing, China who chose to come to UK because he wanted to be a part of the culture that is UK basketball. He has been deemed a  ‘superfan’ and has been lucky enough to meet several of the basketball players throughout his four years at UK. He said as a freshman, his roommate happened to know several of the basketball players at the time, adding that he had the opportunity to cook Chinese food for Devin Booker. “For an international student, it’s very, very lucky,” Zhang says.

His passion for UK basketball caught the attention of a friend from CBS Sports who offered him the commentator position at the Dayton Flyers game. Zhang says that it has always been a dream of his to be a commentator in Mandarin and his ultimate goal is to provide Mandarin commentary for a UK game in the future.

Zhang believes that UK basketball would reach even bigger popularity in China if there were more Chinese players and that more Chinese students would be interested in attending the university as a result.

Outside of school, Zhang travels as much as he can, both within the U.S. and internationally. Since his freshman year at UK, he has visited 40 states and 8 countries that include Mexico, Cuba, Canada, Panama, Ethiopia, Egypt, and Turkey. Zhang said he travels to visit other international friends and make new friends with the locals.

Zhang plans to graduate in May and get an internship related to his business degree in Management. He said that coming to the University of Kentucky has truly been a dream come true for him. It is inspiring to see where his passion has taken him. He is excited for graduation , he saidsaying, “I can will have more of my own time to do my favorite things like be a commentator, and open restaurants and travel.”

It is fair to say that Zhang, after four years of being at UK, will be bleeding blue for years to come in his new home.