A Tradition of Bleeding Blue: Generations of the Helvaci Family Attend UK 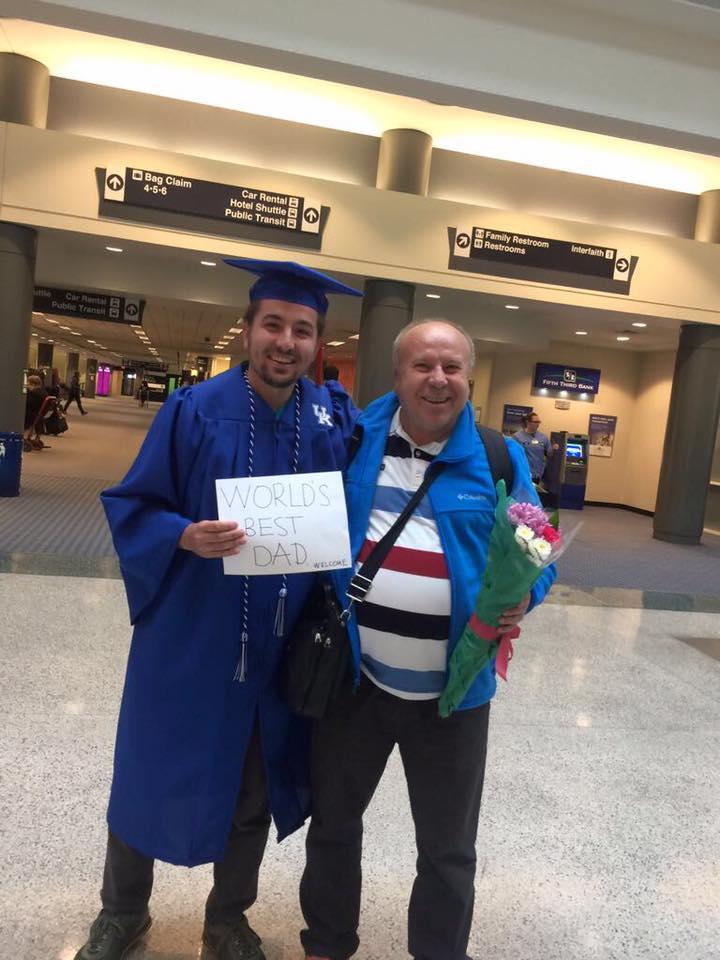 For some students, choosing to attend a university can be based on cost or closeness to home. For recent University of Kentucky graduate, Halil Helvaci, attending UK was a matter of coming back home.

Helvaci, who is originally from Ankara, Turkey, said that he basically grew up on UK’s campus while his father was completing his doctorate degree in astrophysics. Helvaci lived in Lexington for nearly seven years, completing most of elementary school in the city.

“My dream was always to come back to the United States and start studying at UK because of all the memories,” Helvaci said.

Helvaci graduated in May of 2017 with a degree in electrical engineering and is currently obtaining his master’s degree from Istanbul Technical University where his father is now a professor. Helvaci said his father always encouraged him to attend UK, telling him he would be getting a world-class education.

Helvaci said he really liked the academic life at UK as well as the amount of organizations there are to get involved with. As a student, Helvaci was involved with many different student organizations and activities like intramural soccer, Sigma Phi Epsilon, and International Student Ambassadors. He also enjoyed attending Dance Blue , a student-run dance marathon that fundraises for pediatric cancer patients.

Helvaci credits the College of Engineering faculty to helping him through his electrical engineering classes.

“I really liked how the professors were and how they treated you,” Helvaci said. “They would really be helpful. I think that’s what really helped me get through the electrical engineering program. I’m not going to lie; it was pretty tough.”

Off campus, Helvaci said he enjoyed how quaint the city of Lexington was compared to the population of fifteen million in Istanbul, Turkey where he currently lives. He felt like he was a familiar face to many people, while in Istanbul that sense of familiarity is harder to find.

Helvaci’s younger brother, Ozan, is a senior at Lafayette High School in Lexington and plans to follow in his father and older brother’s footsteps by attending UK this fall. He hopes to pursue a degree in marketing and possibly join the UK men’s soccer team.

Although currently living and working in Istanbul, Helvaci hopes to one day return to Lexington when he retires. He hinted at the possibility of continuing his family’s legacy at UK.

“One day if I have children, they’ll probably go to UK as well,” he said.