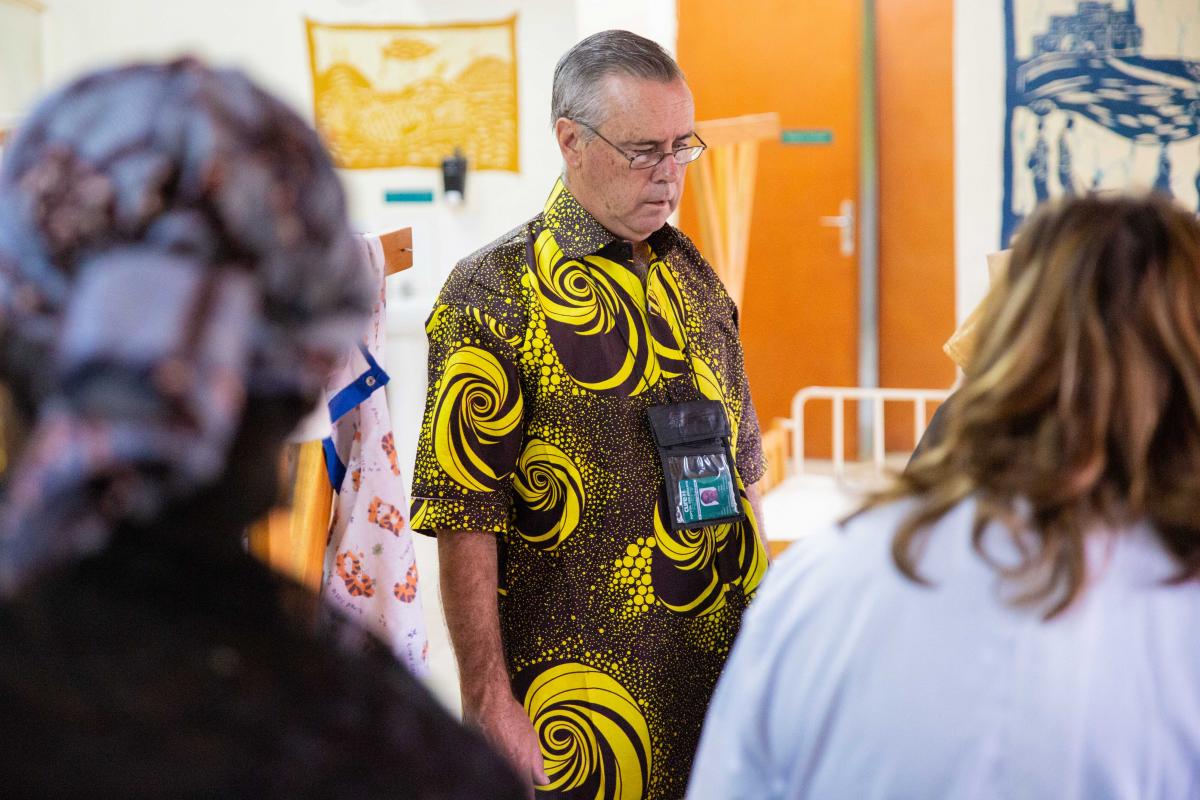 University of Kentucky professor of Anesthesiology and Vice Chair of Research, Dr. Paul Sloan has established a new rotation site for UK anesthesiology residents at CURE International in Niamey, Niger. This opportunity allows residents to receive hands-on professional training in their field. During their time in Niger, the hospital was also the site of an innovative solar energy project implemented earlier this year.

CURE International was founded in 1996 and is a non-profit based in the United States that operates charitable hospitals and programs in 26 countries worldwide. Through CURE, patients are able to receive surgical treatment regardless of age, gender, religion or ethnicity. The organization’s work focuses on pediatric orthopedic surgery and on a holistic approach to healing which addresses the physical, emotional and spiritual aspects of disability. CURE has served children with conditions like clubfoot, bowed legs, cleft lips, untreated burns and hydrocephalus. In the past 20 years, they have performed over 200,000 life-changing surgeries across their network.

Dr. Sloan first became aware of CURE about 20 years ago through Dr. Ben Warf, a surgical colleague at UK. Dr. Warf, from UK’s Department of Neurosurgery, started the second CURE hospital in Mbale, Uganda. Dr. Sloan’s wife Maureen has been visiting CURE hospitals for over a decade, volunteering her time. Throughout this time, Dr. Sloan and his wife have been able to visit many of the CURE hospitals around the network, aside from the one in Niger. Dr. Sloan has helped support and train anesthesiologists and anesthesia technicians, while Maureen has helped develop CURE’s nurse training program.

When offered the chance to have a six-month sabbatical, Dr. Sloan decided to take the opportunity to visit CURE’s site in Niger and help establish the Global Health elective through UK. This Global elective allows residents from UK’s College of Medicine’s anesthesia program to rotate through the CURE hospital in Niger and work with a local surgical team, under Dr. Sloan’s supervision. Through this program, residents had the opportunity to work in an under-resourced setting and learn about the challenges facing the medical profession in Niger.

Dr. Sloan’s responsibilities at the hospital went far beyond hosting UK residents. Most of his mornings in Niger were spent in the Operating Theatre, where he would provide anesthesia and instruction for both the UK residents and CURE staff. He also managed to visit several Nigerian government and teaching hospitals and connect with local anesthesiologists, both at the National Hospital and at the University School of Medicine. He also had the opportunity to travel and teach at Galmi Hospital, another mission hospital in Niger.

On his last trip to the Niger hospital, Dr. Sloan witnessed the implementation of one of the largest solar energy projects in the country. CURE staff believed that Niger had an ideal climate for running the hospital on solar energy, and they put a plan in place to make it a reality.

“The electricity supplied by the municipal power source is expensive and inconsistent. There are frequent power cuts,” said Josh Korn, former executive director of the CURE Niger Hospital and now with the head office of CURE in Michigan. “These power cuts make it difficult to run and equip a surgical hospital, especially because the electricity that is provided often comes in surges which can be very damaging to sensitive medical equipment.”

CURE applied for a grant from the United States Agency for International Development (USAID) and received funding for the project through the American Schools and Hospitals Abroad (ASHA) program.

Although Korn was the main administrative officer for the solar energy project, Dr. Sloan was able to see the final result, which he said was of great benefit to the hospital and has kept the power from failing in the middle of patient procedures.

The solar energy project was a huge help to the hospital and an unforgettable moment for Dr. Sloan, but he mentions how witnessing the skill growth in the staff and residents was also one of the most unforgettable moments for him on his trip. “To see the local anesthesiologist gain competency in new pain management techniques was wonderful,” Dr. Sloan said. “To see our residents represent UK so well in another continent and completely different surgical environment was very gratifying.”

Dr. Sloan worked with CURE’s Niger hospital many times in the past. When asked what has brought him back to teach in Niger, he said, “I have been drawn to the idea that with further training and education, the perioperative management of pain can be improved for the children. The use of ultrasound-guided local anesthetic nerve blocks for postoperative pain is essential in a country where the use of opioids for pain relief is not encouraged.”

Korn believes that making this global elective opportunity available to residents is important and helpful for research development and growth. “It was very helpful for the UK residents to see how anesthesia practice can be achieved in a setting of limited medical resources,” Korn said. “Perhaps the short-term elective for the residents will encourage them to return to low-income countries for future educational projects after graduation.”