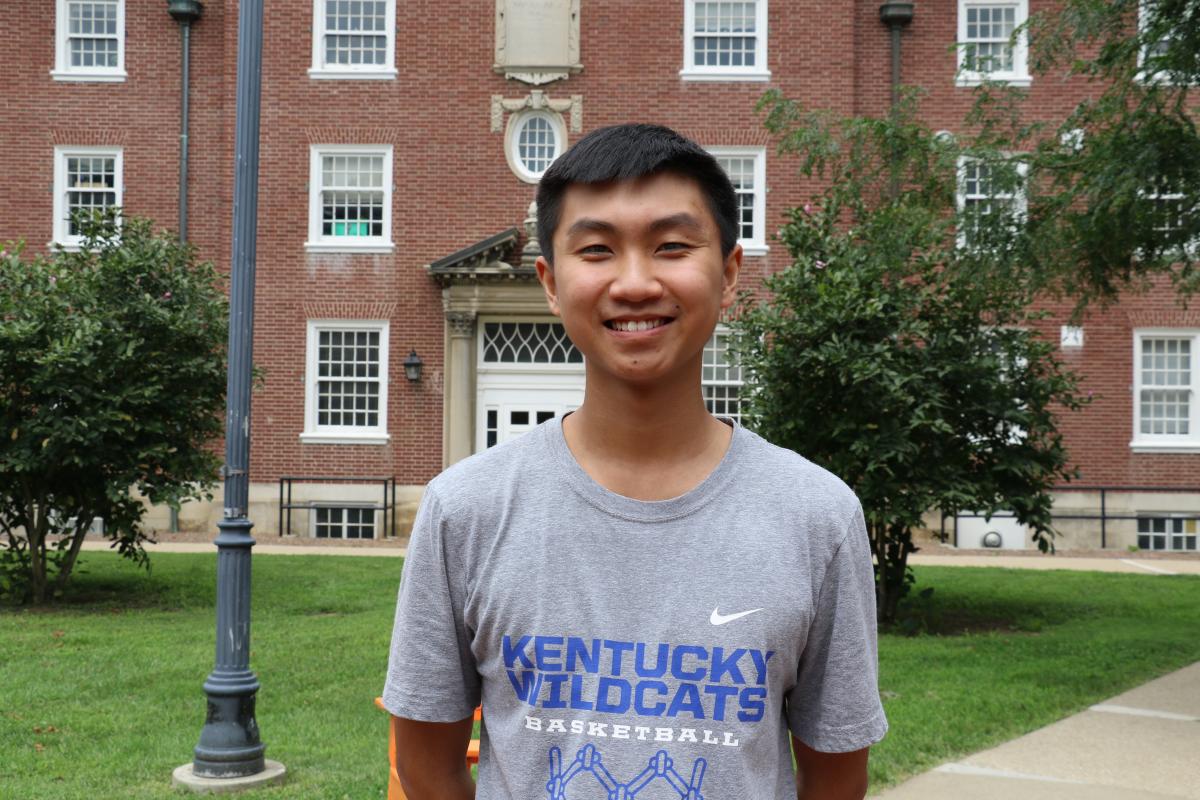 Jiaxun Bei (Jackson), from Shenyang, Liaoning province in China, is a sophomore at UK. His passion for food and wanting a healthier life is what drove him to pick his major dietetics and nutrition with a focus on nutrition and healthcare. He said hopes to one day help others live and have healthier lifestyles.

At first, coming to the University of Kentucky was a scary moment for Bei because he had never been to the U.S. prior. “I had never been to another country before,” Bei said. “I was worried about whether I would be lonely here and if I would study well here.” Bei explained that he didn’t know people at first and his English level at that time didn’t make it easier. “I couldn’t speak fluently and I couldn’t understand certain slang or accents,” he said.

Within a short time, Bei acclimated and went from feeling scared to becoming a confident leader in the international community. He said that the way he has gotten involved on campus has helped him get rid of his fear of being lonely and that UK’s efforts in sharing its culture with students has also helped him feel at home and part of the big blue community.

As an international student, Bei has always wanted to become an impactful leader within the international community. This desire is what has motivated him to get involved on campus in various ways.

His freshman year he belonged to the International Living Learning Program (LLP), which is a program made available to students who are curious and wish to learn about other cultures. Bei was looking to meet new people, especially International students and their cultures, which is why he chose to be a part of the International Village and live where he learned.

Reflecting on some of his time as an ISLT member, Bei said that one of his favorite moments was going to the ice cream social and getting to meet the newly-arrived international students.

Bei added that Seth Hall, Academic Coordinator and his supervisor in the ISLT, has made a significant impact on his life. Having worked with Seth has given him the opportunity to learn several skills including project management and leadership skills when planning events and running meetings – many of these which he is applying in his coursework and will use in his future career.

Although being so far from home, Bei makes sure to stay in touch with his Chinese culture on campus. He does so by going to events the UK Confucius Institute organizes. These events are immersive experiences in Chinese culture, festivities and Chinese cuisine. Bei said he often brings his non-Chinese friends along to show them a glimpse of what his culture is like.

Being an international student, Bei experienced all the fears and worries that all other incoming international students have before arriving on campus, like possible language barrier, feeling home-sick, classroom setting, academic experience, etc. To these students, Bei suggested getting involved in the events offered by the ISLT and participate in a student organization. Bei said these two things will help students make new friends, learn about the American culture and improve their language with the help of their peers.

“I have had a very amazing experience and awesome experience at UK,” Bei said. “I like the classes and events and I also like the sports here. So, if you are interested in getting involved in UK, you’re welcomed to come to UK and share the same experience with me.”