UKIC / International Student Scholar Services / Innovating across the globe: a partnership in Japan

Innovating across the globe: a partnership in Japan 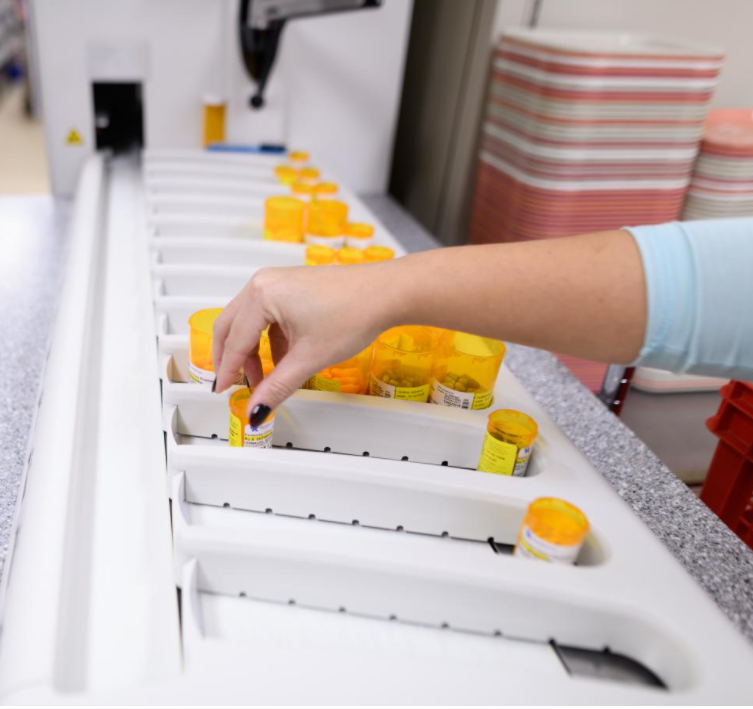 This article was originally published by the UK College of Pharmacy.

A trailblazer is an innovator in their field, someone undeterred by obstacles in their path, dedicated to their craft, becoming an unstoppable force. No one fits that description better than Takako Komiyama. Komiyama graduated from the University of Kentucky College of Pharmacy (UKCOP) in 1987 and revolutionized pharmacy education in Japan. This feat did not come easy; Komiyama's enthusiasm, tenacity, and perseverance were integral to her success.

While Komiyama is an alum of the University of Kentucky, her pharmacy journey began six thousand miles away at Kitasato University in Tokyo, Japan. There, Komiyama studied pharmacy and completed her Bachelor of Science in Pharmacy and Master of Science in clinical pharmacy degrees. However, it was the patient-centered care mindset in the U.S. that piqued her interest in traveling abroad. She visited some of the top pharmacy schools in the U.S., trying to find the one that would best equip her with the skills necessary to spark meaningful change in Japan. The combination of UKCOP’s progressive pharmacy practices and famous Kentucky hospitality caused Komiyama realized UKCOP was no longer merely a prospect, but instead her new home.

Komiyama was given two and one-half years to complete her PharmD before she had to return to Japan and resume teaching at Kitasato. This accelerated timeline served as motivation to make the absolute most out of her time in Kentucky. She formed strong bonds with her professors and fellow students, which only deepened her love for the profession and UK. Komiyama spent her first six months strengthening her English skills before matriculating into the college.

A specialist in pediatric pharmacy and UKCOP faculty member, Robert Kuhn, remembers Komiyama fondly, noting her commitment to patient-centered care. "During her years at UK, while on clinical rotation, she helped the pediatric medical team translate and relay valuable health information for a family who recently arrived from Japan and whose child was critically ill at Kentucky Children's Hospital. The bond formed during those days is still alive today--as that child is now a vibrant adult,” said Kuhn.

Komiyama's time at UKCOP equipped her with the skills and knowledge to practice regardless of where she traveled. The curriculum, concepts, and practice present at UKCOP were inspiring, and her experience was so impactful that she made it her goal to implement similar methods at Kitasato University.

William Lubawy, former UKCOP associate dean for academic affairs, also remembers when Komiyama first arrived at the College. “I thought it was wonderful to have someone from so far away interested in Kentucky,” he says. “I was pretty sure she would benefit from being in the College, but I also thought her classmates would benefit from being exposed to someone from a different culture.” Lubawy views her coming as a win-win—everyone benefitted from Komiyama widening their view of pharmacy elsewhere in the world. “She was relentless,” says Lubawy. “She was a hard worker, smart, and a clear self-starter.”

Komiyama was the first professor with a PharmD degree in a Japanese school of pharmacy. Establishing the importance of patient-centered care was a hard sell for Japan’s product-centered pharmacy education. But Komiyama's determination to make a change kept her going. In 1989, she worked with the college to establish an international exchange program between the University of Kentucky and Kitasato University, which continues today.

This experience allows UKCOP faculty to give lectures at Kitasato and exchange new ideas with educators in Japan. The partnership also allows Japanese students to come to visit Kentucky to learn about pharmacy practice. So far, Komiyama’s program has sent over 200 students from Kitasato University to visit UKCOP. More recently, UKCOP has sent faculty-led groups of students to Kitasato to learn about healthcare and pharmacy practice in Japan.

This mutually beneficial exchange program continues to increase cultural competency and awareness of all participants. Students learn to incorporate new ideas into their practices to serve diverse populations better and advocate for improved healthcare systems.

Komiyama’s work has broken down barriers and has contributed to the global impact of UK's College of Pharmacy. It is for these reasons she is a highly decorated member of the profession. Now retired, Komiyama holds the titles of being a UK College of Pharmacy Distinguished Alumni and "Kentucky Colonel," the highest honor awarded by the Kentucky Commonwealth. Kitasato University School of Pharmacy has also been awarded a significant achievement award from the Japanese Ministry of Education. Komiyama and the administrators at Kitasato University (KU) have credited the UK-KU partnership as playing an important part in receiving this accolade. Despite all of her honors, it is the interpersonal impact Komiyama makes that matters most.

Komiyama successfully implemented many of the concepts she learned while at Kentucky, a testament to her dedication to translating new ideas into practice to support better patient care. Inspired by Komiyama’s experience, seven students from Kitasato University have followed in her footsteps and received their PharmD degrees from UKCOP. These seven students and the hundreds of others Komiyama has instructed throughout the years have spread the values she has instilled in them throughout Japan. Although no longer practicing pharmacy, Komiyama's impact will continue to have ripple effects worldwide for generations to come.