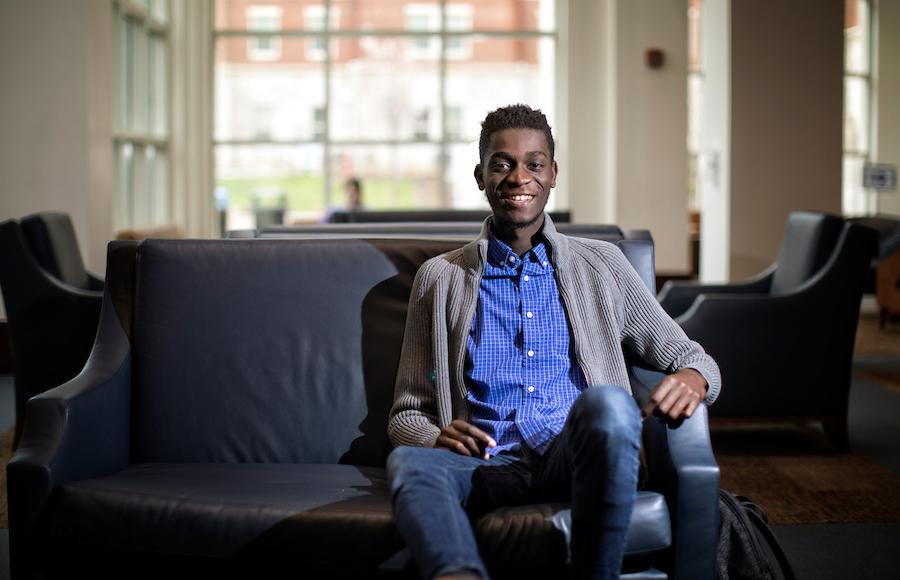 Esias Bedingar, UK international alum from Chad, in partnership with the University of Kentucky, officially launched the Esias K. Bedingar Fund on April 17 during UK’s first-ever 24-hour Giving Day. The fund was established by Bedingar to provide financial support to international African students throughout their undergraduate studies at UK.

In 2014, Bedingar come to the University of Kentucky from Chad knowing no English. Within a few months on campus, he completed the English as a Second Language (ESL) program. Three and a half years later, Bedingar graduated from UK with a bachelor’s degree in public health from the UK College of Public Health and a minor in neuroscience. A year post-graduation, Bedingar is now completing his master’s at Harvard University.

During his time at UK as a Chellgren Student Fellow and student in the UK Lewis Honors College, Bedingar was able to take many opportunities that combined his passion for medicine and global health. “Combining the two really gave me an idea to push my research further and wanting to combine my two interest together for the future to do research on cerebral malaria,” he said.

At UK, Bedingar received many awards, including the 2018 Otis A. Singletary Outstanding Senior Award and the Algernon Sydney Sullivan Award. Throughout his years as a wildcat, Bedingar was an outstanding student and until this day he continues to show great dedication and involvement in his community. Because of the scholarship support he received as a UK undergraduate international student, Bedingar was able to learn and grow in his career – he presented in conferences and took advantage of a myriad of undergraduate research opportunities.

Now, Bedingar said it’s his turn to give back and open opportunities to other students like him.

Bedingar said that by creating more scholarships like the Esias K. Bedingar Fund, UK is providing prospective students the chance to focus on their academics, allowing them to participate in more research and conferences, which can add value to their work. “It’s really important to support those students so that they can achieve great things later in their life whether it’s professional schools or even graduate schools.”