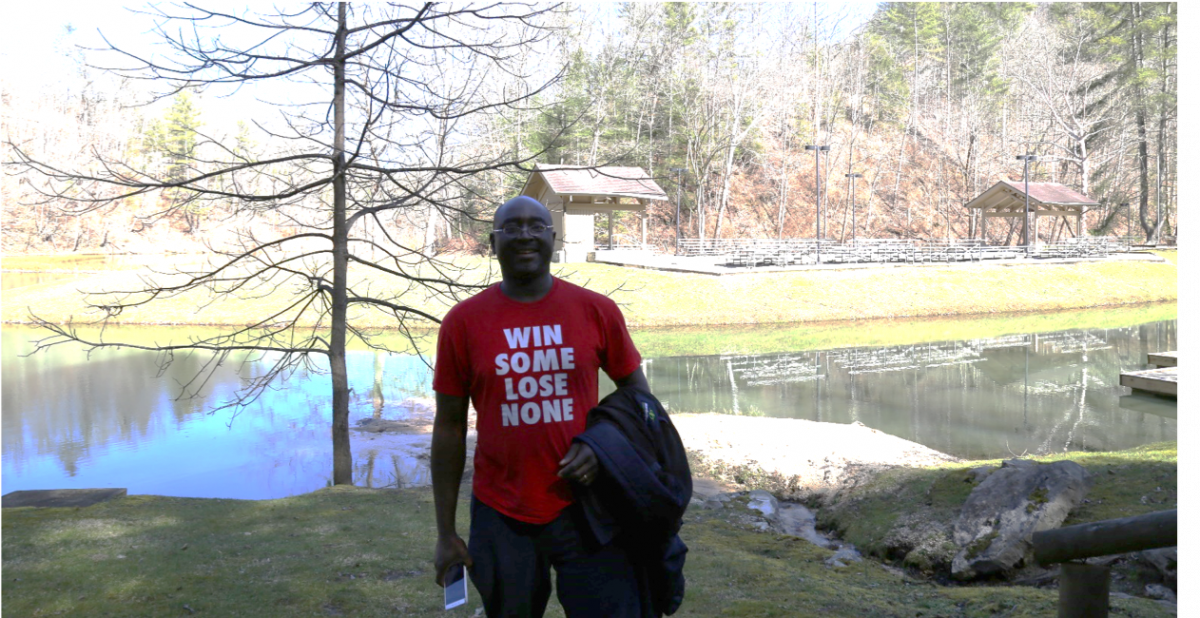 Last weekend, University of Kentucky international student Francis Agbali passed away in a vehicular incident. In 2015, Francis left his home country, Nigeria, to attend UK as a graduate student in Biosystems and Agricultural Engineering.

Francis was more than a UK student - he was a loving and devoted husband to Christie Agbali, father of three (Jean-Praise, Mishael and Joshua), son, brother to three siblings, and uncle and friend to many. Francis touched the lives of many people from around the world.

“I remember the day Francis arrived to Lexington from Nigeria,” said Akinbode Adedji, Francis’ former professor. “I picked him up at the Bluegrass Airport and what struck me first was his humility and gratitude.”

As a student, Francis was very hard-working and passionate about conducting research that would have a meaningful impact on humanity and change the lives of underserved poor populations. Francis looked forward to being able to return to Nigeria to implement his research to help the community with pressing environmental challenges.

As a Wildcat, Francis showed continuous support and involvement with the international community and brought a smile and joy to those around him.

“Francis made everyone around him happy and he was always willing to go out of his way to help people,” Omodara said.

Francis was always looking to engage with other international students and learn from the diverse cultures around him from the moment he stepped on campus. He participated in many events and programs including the Cross-Cultural Workshop in 2015.  Francis also volunteered to help with orientation programs for new international graduate students to UK.

“He was very humble about sharing his own experiences with other international students,” Karen Slaymaker, assistant director of International Student & Scholar Services, said.

Adedji said Francis was a rallying point everywhere he went. “He brought people together,” he said.

“I will never forget the day he picked me up from the Bluegrass Airport when I first arrived to Lexington from Nigeria,” said Francis’ close friend, Michael Omodara. “When he arrived, he parked his car, walked up to me and said I’m Francis and I know you are Michael, ‘welcome home!’ we then hugged each other in amazement and got in the car and he took me to his apartment where he allowed me to stay until I found a place of my own. In that same moment our friendship began.”

A funeral service will be held on Friday, May 22, for immediate family members and close friends, due to the current CDC social distancing guidelines.

However, the community can show support by joining the Agbali family for a live streamed funeral service on the Clark Legacy Funeral Facebook page.

In addition, you can directly support the Agbali family by contributing to the GoFundMe campaign, seeking to raise $20,000. More details can be found on this page.