The University of Kentucky hosted a delegation from Indonesia, including UK alumnus and rector of Indonesia’s Sriwijaya University (UNSRI) Anis Saggaff, the consul general of the Republic of Indonesia, Mdm. Rosmalawati Chalid, and representatives from the South Sumatra regional government.

The delegation met with President Eli Capilouto along with college deans and faculty to discuss research and curricular collaborations, as well as professional development opportunities for both UK and UNSRI students and faculty. Other guests included Fajar Yusuf, consul for Information and Socio-Cultural Affairs; Ahmad Muslim, vice rector IV of UNSRI for partnership and lecturer of the university’s department of agriculture; former UNSRI rector and professor of economics Badia Perizade Radjamin; and regent of Ogan Ilir District of South Sumatra, Muhammad Ilyas Panji Alam and his spouse Meli Mustika.

UNSRI is one of Indonesia’s major public universities, formally established in 1960. Admission to the university is highly selective and it has about 33,000 students. UNSRI, which is growing rapidly, identifies four focus areas for research: food, energy, environment, and biodiversity.

UK has a longstanding relationship with Indonesia. This multi-faceted relationship has been particularly strong with UK’s college of agriculture, food and environment.  UK faculty has received funding from the Asian Development Bank, United States Agency for International Development (USAID), the Government of Indonesia and other sources for several projects aimed at strengthening Indonesian universities in the past 30 years.

Laurel Heydir, UK anthropology alumnus and lecturer at UNSRI’s Law School who organized the UNSRI visit, expressed his hopes for the meeting prior to the it. “It is expected that our meeting in Lexington will sufficiently discuss potential forms of collaboration between UK and UNSRI, in term of joint academic activities, as well as research and publication,” Heydir said.

With UNSRI sending lecturers to continue their graduate and post-graduate studies at UK, there is no doubt that the relationship will be strengthened. The University of Kentucky will also be hosting the 2017 Indonesia Focus Conference in September, which is expected to bring awareness to these internationalization efforts and allow attendees to learn more about Indonesia and the opportunities with universities there. For more information on the conference, visit https://conference.indonesiafocus.net/ . 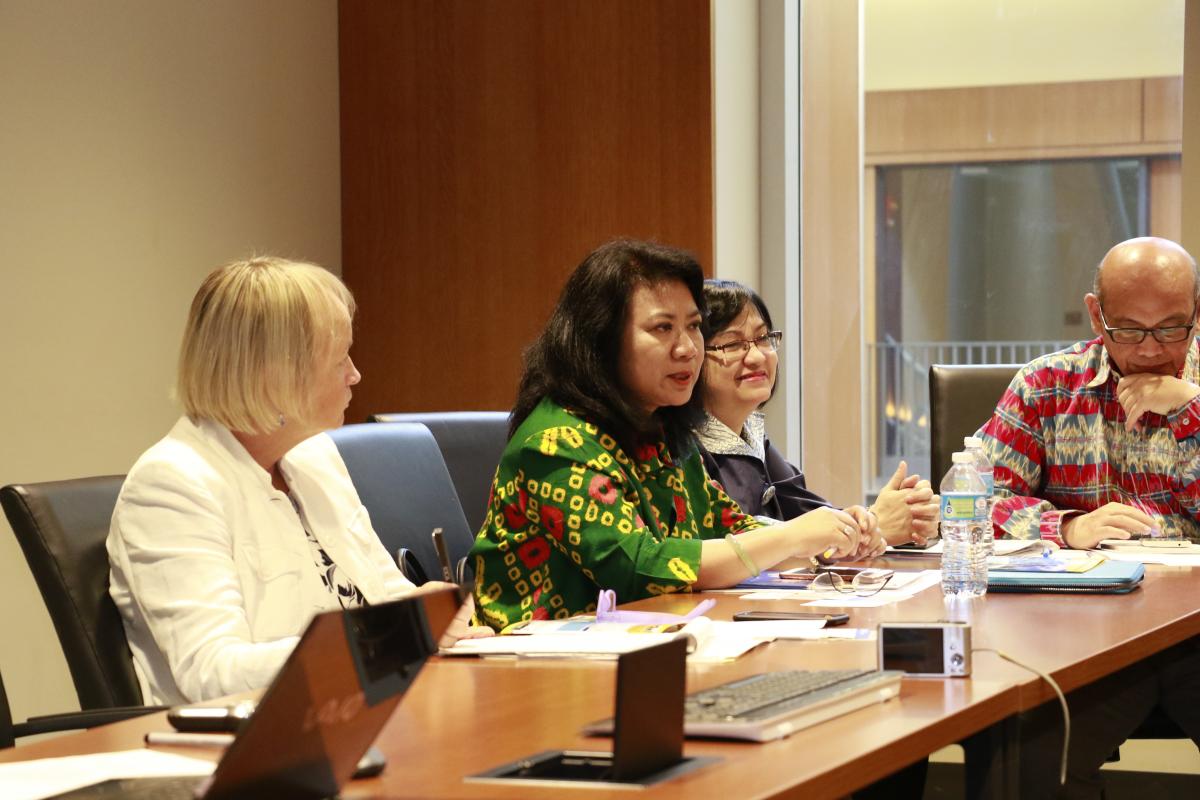